The U.S. has the largest annual incidence of new human immunodeficiency virus (HIV) diagnoses among high-income nations.  This is relevant for neuropsychologists because many individuals with HIV develop a spectrum of cognitive, motor, and/or mood problems collectively known as HIV-Associated Neurocognitive Disorder (HAND).  In this episode, we talk with April Thames, Ph.D., about cross-cultural considerations and age-related cognitive decline in HIV. 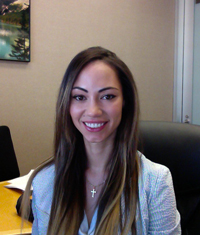 Dr. April Thames is an Associate Professor of Psychology at the University of Southern California (USC) and Director of the Social Neuroscience in Health Psychology Lab.  She has developed a translational neuroscience research program that focuses on the impact of chronic disease, substance abuse, socioeconomic disadvantage, and lifetime stress/adversity and resiliency on neurological, cognitive, and mental health outcomes.  Her work has also examined factors that obscure the validity of neuropsychological test performance among ethnic/racial minority groups.  She was previously a primary internship advisor and clinical supervisor at UCLA’s Medical Psychology Assessment Center (MPAC) and a primary mentor for postdoctoral fellows as part of UCLA’s Neuropsychology of HIV/AIDS fellowship.  She is actively involved in national professional organizations in her role as Member at Large for the American Psychological Association’s Society for Clinical Neuropsychology, and former role as past Chair of SCN’s Ethnic Minority Affairs Committee (EMA).