The estimated annual cost of healthcare for individuals living with Alzheimer’s disease (AD) or other dementias is almost $300 billion.  In addition to this financial burden, the number of adults aged 65 or older is projected to double and it is expected an estimated 10 million of these individuals will develop AD by 2050.  Despite global efforts to understand and ultimately assess, diagnose, and treat Alzheimer’s disease (AD) more effectively, a consensus definition of AD still does not exist.  In 2018, the National Institute of Aging – Alzheimer’s Association (NIA-AA) Research Framework recommended that we should shift the definition of AD from a syndrome (i.e., the cognitive/behavioral symptoms that individuals present with) to a purely biological construct, specifically the presence of βamyloid deposition, pathologic tau, and neurodegeneration (the “A/T/N” model).  In this episode, we talk with Dr. Adam Brickman about the NIA-AA Research Framework biological definition of AD, the role of vascular contributions, assumptions about the amyloid hypothesis, and implications of not including the clinical syndrome in the diagnosis of AD. 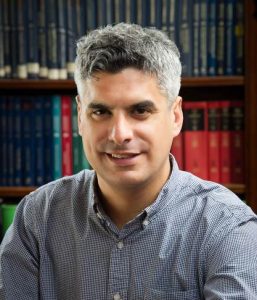 Adam Brickman, Ph.D., is the Herbert Irving Associate Professor of Neuropsychology in the Department of Neurology at Columbia University, the Taub Institute for Research on Alzheimer’s Disease and the Aging Brain, the Gertrude H. Sergievsky Center.  Dr. Brickman has published over 200 peer-reviewed manuscripts and received the 2019 Arthur Benton Mid-Career Research Award for his scientific contributions in the field of cognitive aging and Alzheimer’s disease.  Specifically, he is interested in white matter abnormalities and the intersection between vascular disease and Alzheimer’s disease.  He is also interested in using advanced neuroimaging techniques, traditional neuropsychological tests, and functional assessment to understand how cognitive reserve and cerebrovascular risk factors interact with the aging brain and cognitive abilities.

Dr. Brickman has served as a member of the Aging Systems and Geriatrics Study Section for the National Institutes of Health and as a member of the editorial board of the Journal of the International Neuropsychological Society (JINS) and Neuropsychology Review.  He has held several leadership roles, including co-chairing and chairing the Division 40 (Clinical Neuropsychogy) program committee in 2010 and 2011, serving on the Division 40 Scientific Advisory Committee since 2007, and serving as the only neuropsychologist on the APA Committee on Aging.