Severe mental illness (SMI) refers to mental disorders that result in significant functional impairment (e.g., schizophrenia and bipolar disorder).  In this episode, we bring you Part 1 of our conversation with Lisa Eyler, Ph.D., about inflammation in individuals with SMI, how inflammation is associated with accelerated aging and other health problems, and the clinical utility of functional magnetic resonance imaging (fMRI) in this population.  We also contrast the approaches of the Diagnostic and Statistical Manual of Mental Disorders – Fifth Edition (DSM-5) and the Research Domain Criteria (RDoC). 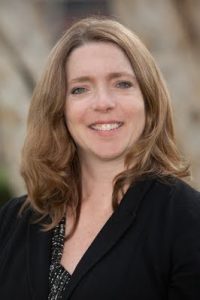 Dr. Lisa Eyler is a Professor in the University of California San Diego (UCSD) Department of Psychiatry, co-director of the Neuroimaging Unit of the San Diego VA Mental Illness, Research and Education and Clinical Center (MIRECC), and a steering committee member of UCSD’s Center for Healthy Aging.  Dr. Eyler’s research focuses on understanding individual differences in cognitive and emotional functioning using neurobiological measures including structural and functional brain imaging.  In particular, she has examined the relationship between cognitive deficits in schizophrenia and abnormalities of brain function and how these relationships may change with age.  She completed an NIMH-funded R01 project that examined whether brain structure and function appear to age more rapidly among individuals with bipolar disorder and how this related to increasing cognitive deficits with age.  An ongoing longitudinal study investigates how blood-based inflammatory markers and mood variability relate to short- and long-term cognitive changes in bipolar disorder.  Dr. Eyler is also a co-investigator on a grant examining accelerated biological and inflammatory aging in schizophrenia.  Additionally, she serves as a co-investigator in the Autism Center of Excellence at UCSD studying how neuroimaging measures in infants and toddlers at risk for autism can be used to predict language outcomes.  She is a licensed clinical psychologist with training in neuropsychological and diagnostic assessment.