Clinical neuropsychologists are currently using instruments that are derived predominantly from monolingual, monocultural, and homogenous populations.  According to U.S. Census projections, the U.S. is expected to continue becoming a more racially and ethnically pluralistic melting pot.  As the number of White Americans is expected to decrease, the Hispanic population is projected to nearly double over the next few decades.  The need for cultural responsiveness will only increase as the population becomes more diverse.  In this episode, we talk with Dr. Monica Rivera Mindt, a board-certified neuropsychologist and President of the Hispanic Neuropsychological Society (HNS), about various cross-cultural considerations in the context of neuropsychological assessment, including bilingualism, “culturally neutral” tests, and the role of acculturation in cognitive performance. 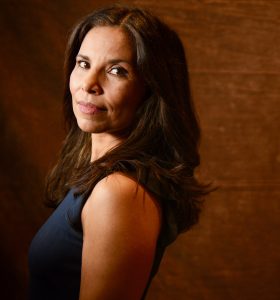 Monica Rivera Mindt, Ph.D., ABPP-CN, is a Professor of Psychology and Director of the Clinical Psychology Doctoral Program at Fordham University.  She has a joint appointment in Neurology at Icahn School of Medicine at Mount Sinai in New York City.  Dr. Rivera Mindt’s mission is to advance equity in brain health.  She is focused on developing culturally tailored interventions to improve health outcomes among disenfranchised populations.  Specifically, she is interested in the underlying mechanisms driving the effects of sociocultural, behavioral, medical, and genetic factors on neurocognitive function and decline in persons of culturally/linguistically diverse backgrounds.  In addition to serving as the President of the Hispanic Neuropsychological Society (HNS), she is the inaugural Editor for the Culture & Gender in Neuropsychology Department of The Clinical Neuropsychologist journal.  She is a Fellow of the American Psychological Association and the National Academy of Neuropsychology.

Rivera Mindt, M., Arentoft, A., Coulehan, K., & Byrd, D. (2013). Considerations for the neuropsychological evaluation of older ethnic minority populations. In Handbook on the Neuropsychology of Aging and Dementia (pp. 25-41): Springer.