Today we talk with Dr. Alan Baddeley about working memory.  We cover the distinction between short term memory and working memory, the four components of his multicomponent model, applications to clinical assessment, training working memory, and methods for building scientific theories in cognitive psychology and neuropsychology. 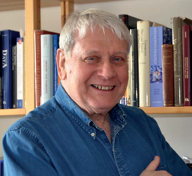 Professor Alan Baddeley, PhD, CBE, FRS, FBA, FMedSci, is a British psychologist.  He has been highly influential in neuropsychology for his work on the concept of working memory, in particular for his multicomponent model.  The model accounts for much of the empirical data on short-term retention and manipulation of information.  Dr. Baddeley has won numerous awards in psychology and neuropsychology for his research into memory and working memory.  These awards include the British Psychological Society’s Presidents’ Award, a term as President of the UK’s Experimental Psychology Society, and Membership of the American Academy of Arts and Sciences.  In 1993 he was elected as a Fellow of the Royal Society, and in 1999 was awarded a CBE in recognition of his work.  In 2020 he won the NAN Distinguished Lifetime Contribution to Neuropsychology Award (more info here).

Karatekin, C. (2004). A test of the integrity of the components of Baddeley’s model of working memory in attention‐deficit/hyperactivity disorder (ADHD). Journal of Child Psychology and Psychiatry, 45(5), 912-926.